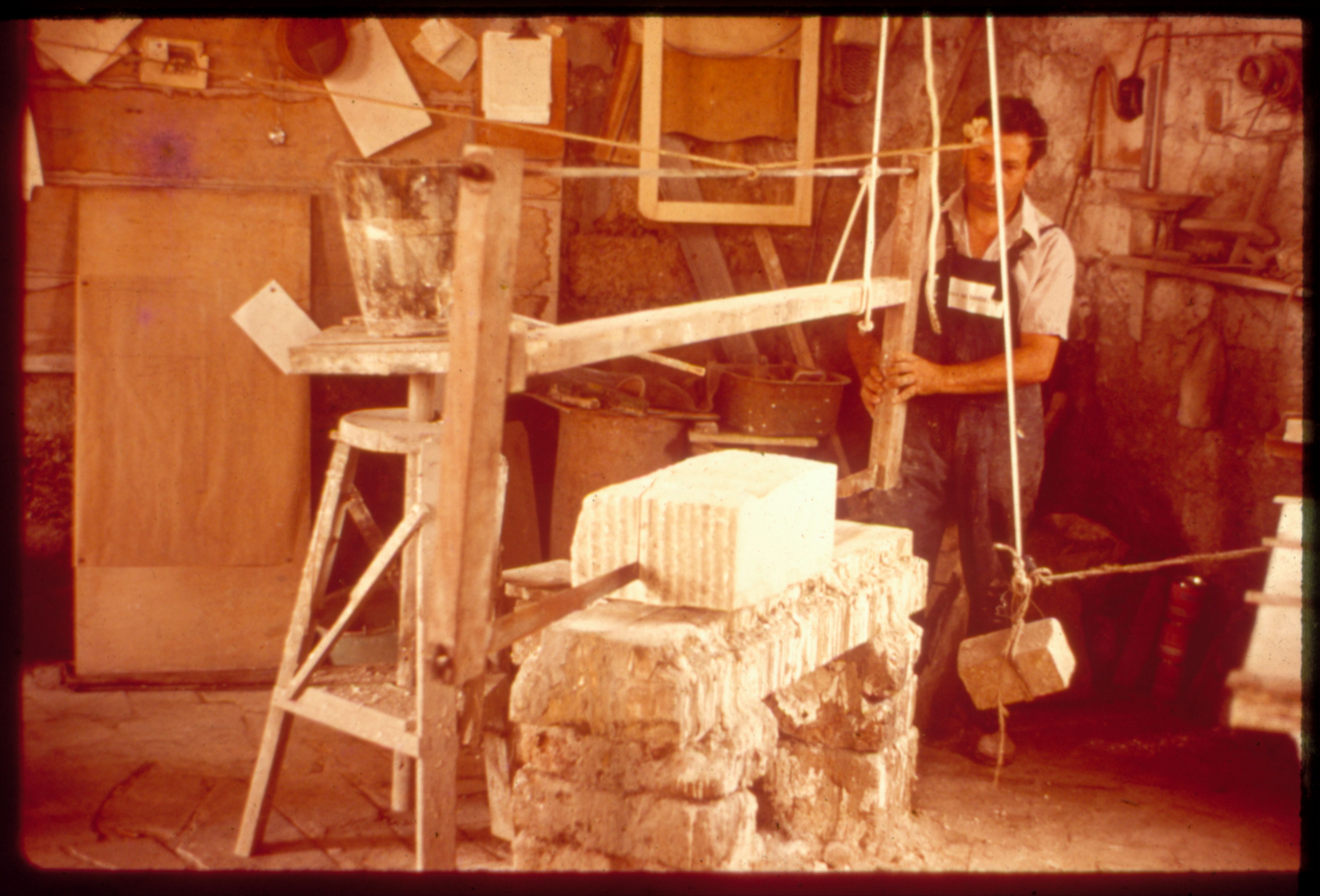 Saws can be used on almost all stones and were widely used in the Roman period for creating thin panels for wall revetment or flooring. Stone saws usually comprise a long, thin metal blade, typically no more than 5 mm wide and often over 2 m long. Normally these would have been operated by two workers pulling in sequence on each end. Smaller saws could have been operated by a single carver but only when they were used on soft limestone, sandstone or tuff. On these soft stones the blade tends to be toothed while on harder stones it is flat and used in conjunction with abrasives mixed in water. The blade cuts the stone by moving back and forth through this mixture of water and abrasives grinding away at it. The largest saw blades are usually fixed to wooden frames suspending above the stone by a system of pulleys and weights. This allows the operators to concentrate on the sideways motion of the saw without having to worry about keeping it level. This system also ensures that the saw blade rests gently on the stone, leaving just enough space for the water and abrasive mix to pass between them.
Saw blades, when used on hard stones, leave few traces aside from a very smooth surface with occasionally ripples in it where the blade has moved. Sometimes long straight lines can be identified.
Modern stone saws tend to be operated by motors and there is evidence for the mechanization of these tools even in the Roman period. Water-powered stone saws are known at Ephesos and at Jerash in Jordan, both datable to the 5th or 6th centuries AD. In the same period the poet Ausonius describes the noise made by these saws in the valley of the Moselle in north-eastern Gaul. These machines were worked by waterwheels fed by channels of continually flowing water. The two archaeologically-attested examples both have multiple blades arranged on two arms so that two blocks of stone could be sawn at once into multiple panels. The job of the operator in this arrangement was to ensure that enough water and abrasives were present to maintain the grinding motion.