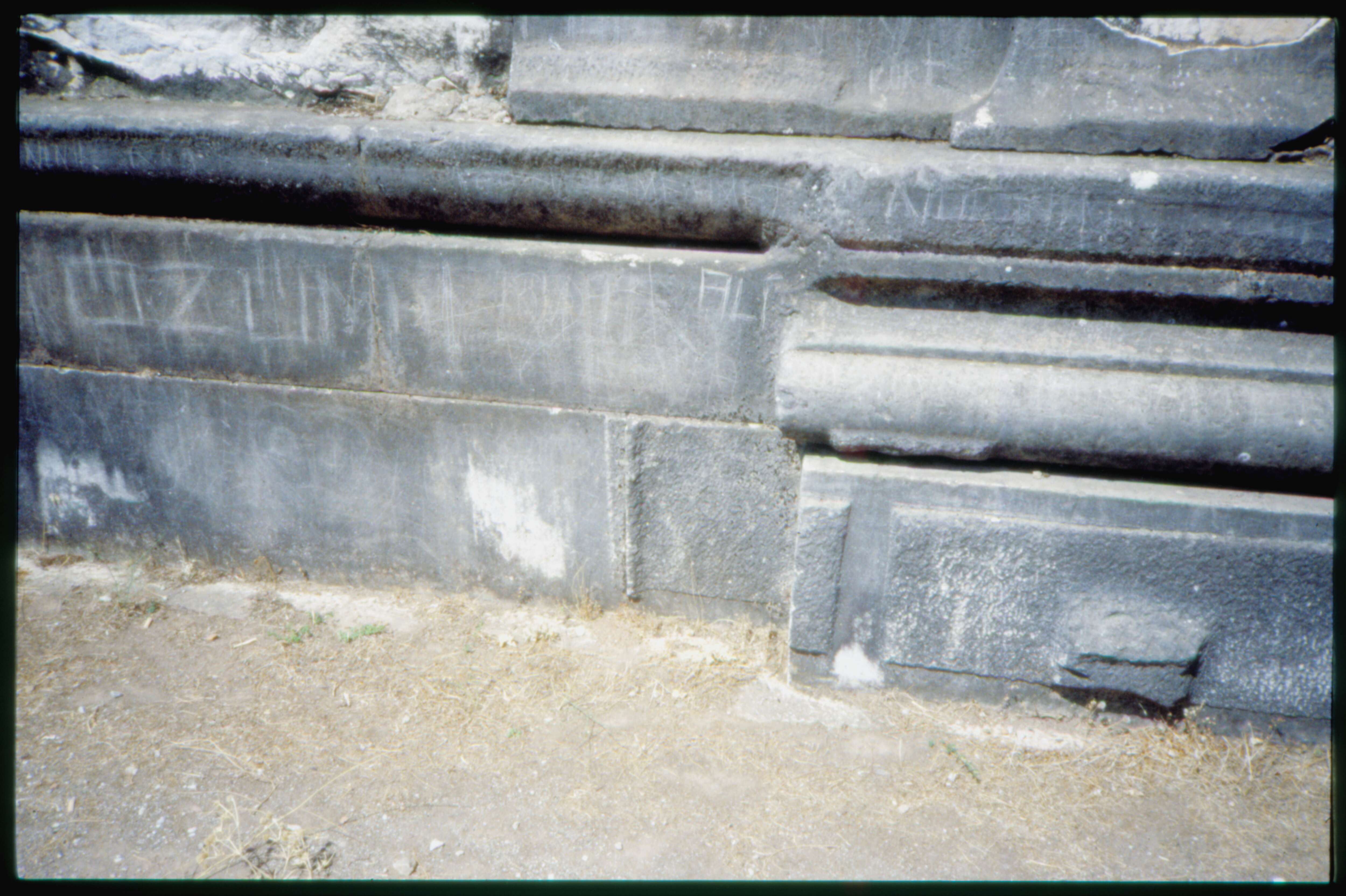 Exterior of the cella wall of the Temple of Artemis at Sardis.

Process
Roughing-out
Tool
Point
Method
Angle: Vertical (90°)
Force: Medium
Description
Patches of rough point chiselling are still visible on sections of the lower portion of the cella wall, especially where along the joints between blocks which have not been smoothed back.

Process
Placement
Description
A lifting boss, around which ropes would have been secured during lifting, is visible on the right.

The Temple of Artemis at Sardis was one of the largest temples in Asia Minor. Construction of it began in 300 BC but was put on hold for much of the Hellenistic period. A final phase of work was undertaken on it during the Antonine period (mid to late 2nd century AD) when it was turned into a temple honouring both Artemis and the imperial family. The rear section of the temple was never completely finished.