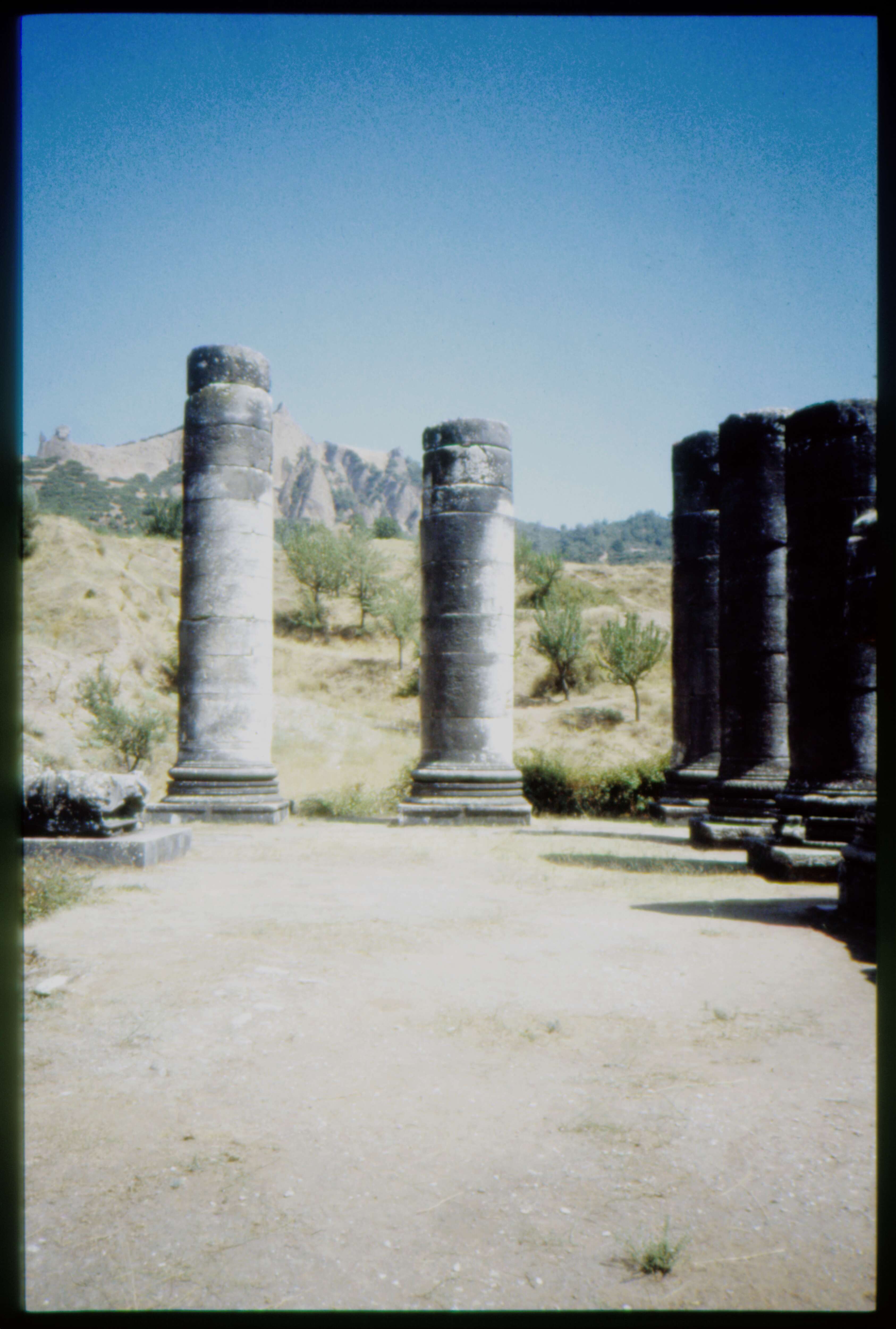 Columns of the Temple of Artemis at Sardis.

Process
Placement
Description
The joints between the drums are visible on these columns.

Process
Placement
Description
The joints between the drums are visible on these columns.

The Temple of Artemis at Sardis was one of the largest temples in Asia Minor. Construction of it began in 300 BC but was put on hold for much of the Hellenistic period. A final phase of work was undertaken on it during the Antonine period (mid to late 2nd century AD) when it was turned into a temple honouring both Artemis and the imperial family. The rear section of the temple was never completely finished: the columns were left rough and unfluted, but the bases were carved, as is clear in this image.