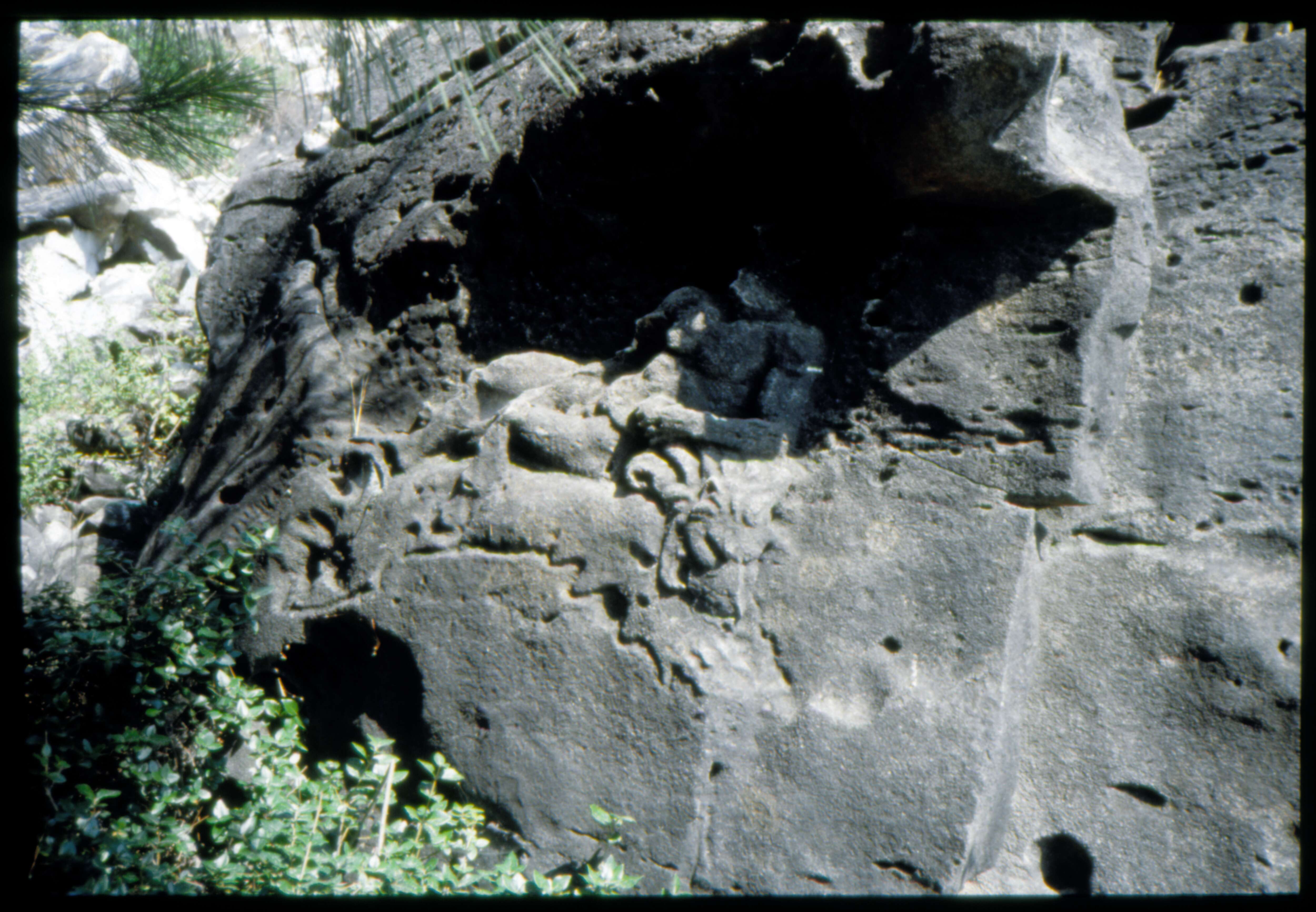 Relief of Herakles in the Saliara Quarries on Thasos.

No evidence is available for this source.

Herakles was one of the patron gods of quarrymen and reliefs depicting him are found in a number of quarries. This is one of the best preserved ones. Numerous quarries were exploited on Thasos during the Roman period, most located on the coast where the material from them could be loaded easily onto waiting ships. Both dolomitic and calcitic white marble were quarried on the island from the Archaic to the Byzantine periods. The quarries at Saliara and nearby Cape Vathy were important sources of dolomitic white marble, a favoured material for sculpture.