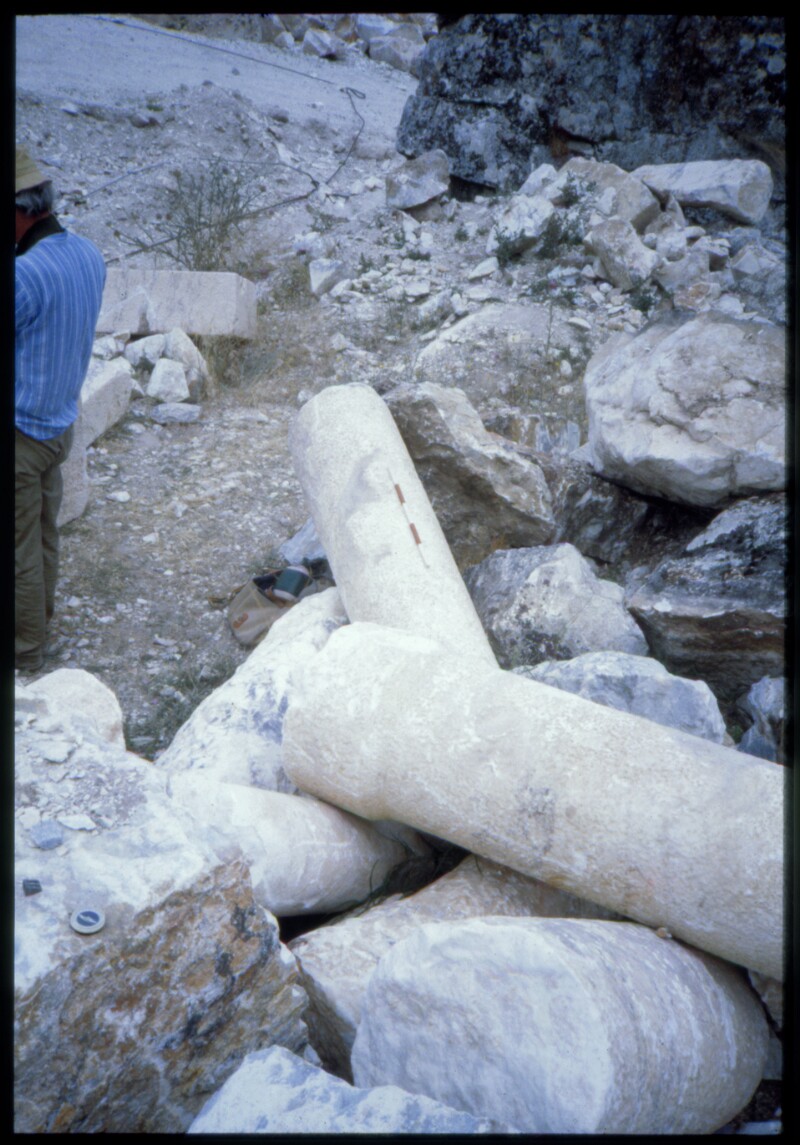 The quarries at Iscehisar (ancient Dokimeion) in central Phrygia were a major source of white marble and a purple-streaked marble called pavonazzetto. Various roughed-out architectural elements have been found at the site, mainly beneath the large debris piles that cover the area around the quarries. Since most of these objects have flaws of some sort they were probably abandoned as rejects. More