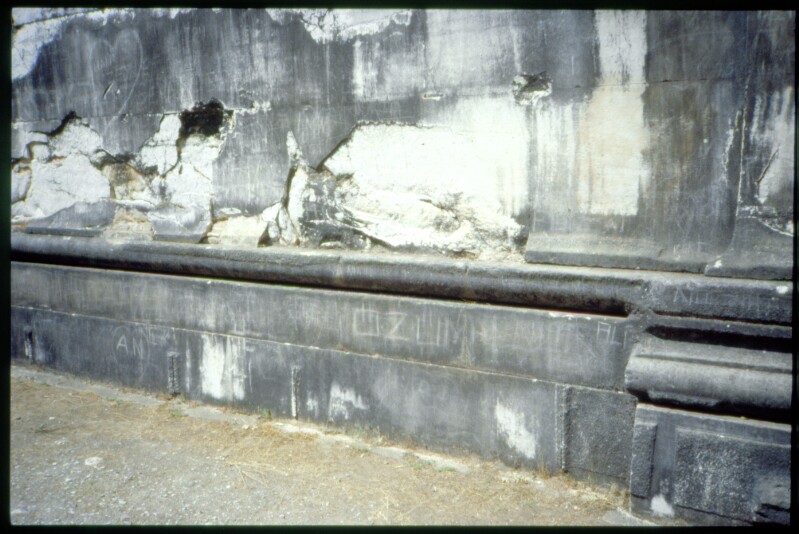 The Temple of Artemis lies just outside Sardis, up the Pactolus valley. This large Ionic temple was probably started in the 3rd century BC, or perhaps at the end of the 4th century BC, but was not finished until the Roman period. More

Originally designed with a single cella, the temple appears to have been turned into a double temple at some point in the 2nd century AD, with one cella facing west, the other east. Cult statues of members of the Antonine dynasty suggest that it may have been used as a temple of the imperial cult in this period or at least as a temple of both Artemis and Faustina, wife of Antoninus Pius.

Butler, H. C. (1925). Sardis: publications of the American Society for the Excavation of Sardis. Vol. 2, Architecture. Pt. 1, The Temple of Artemis. Leiden.