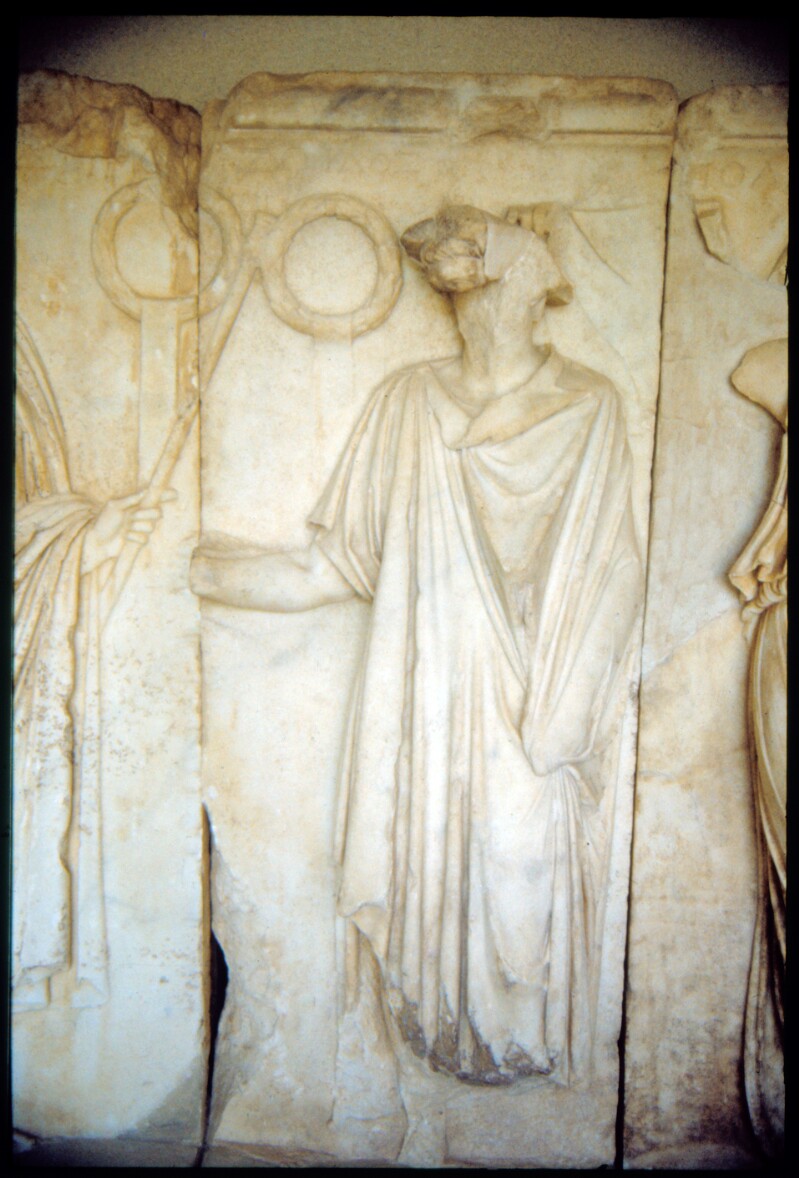 C. Iulius Zoilos was a slave and then freedman of Octavian (later Augustus) before returning to his hometown of Aphrodisias, where he became a major benefactor. Zoilos was responsible for the planning of much of the civic centre of Aphrodisias and many of its early monumental projects, including important additions to the Temple of Aphrodite and the city's theatre. These reliefs come from a funerary monument or heroon honouring Zoilos, the exact location of which is unknown. More