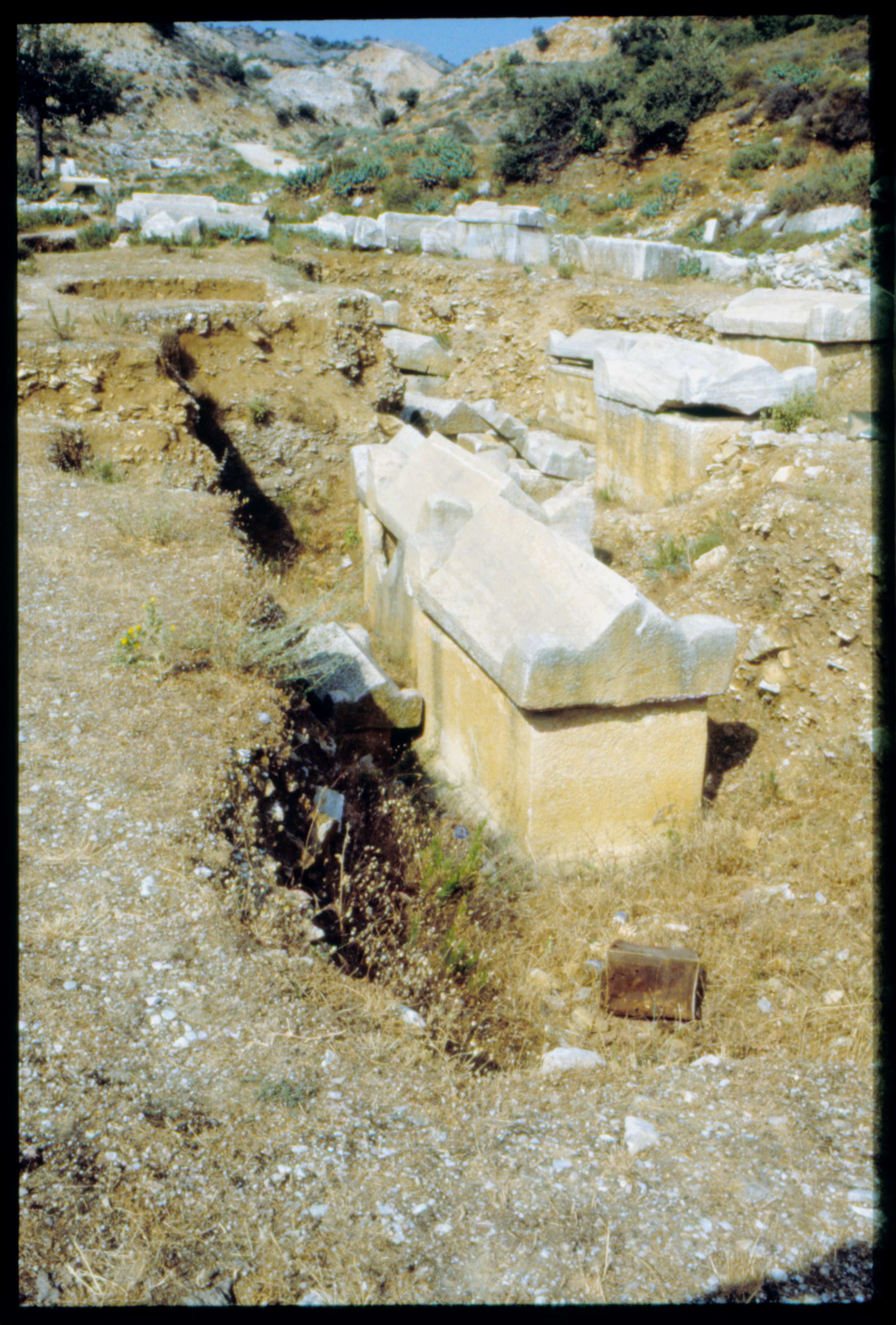 View of the necropolis at Saraylar.

Process
Squaring
Tool
Point
Method
Angle: Steep (60-70°)
Force: Medium
Description
Most of these sarcophagi have been just roughly squared with the point chisel.

These sarcophagi have been mainly left in a roughed-out state like the various architectural elements from the quarries on Prokonnesos. However, most were used by inhabitants of the island, presumably including quarry workers, and set up in the small necropolis in Saraylar, the small harbour on the north side of the island. Most of these sarcophagi were probably never exported because of faults in the stone though some might have been produced especially for use on the island.