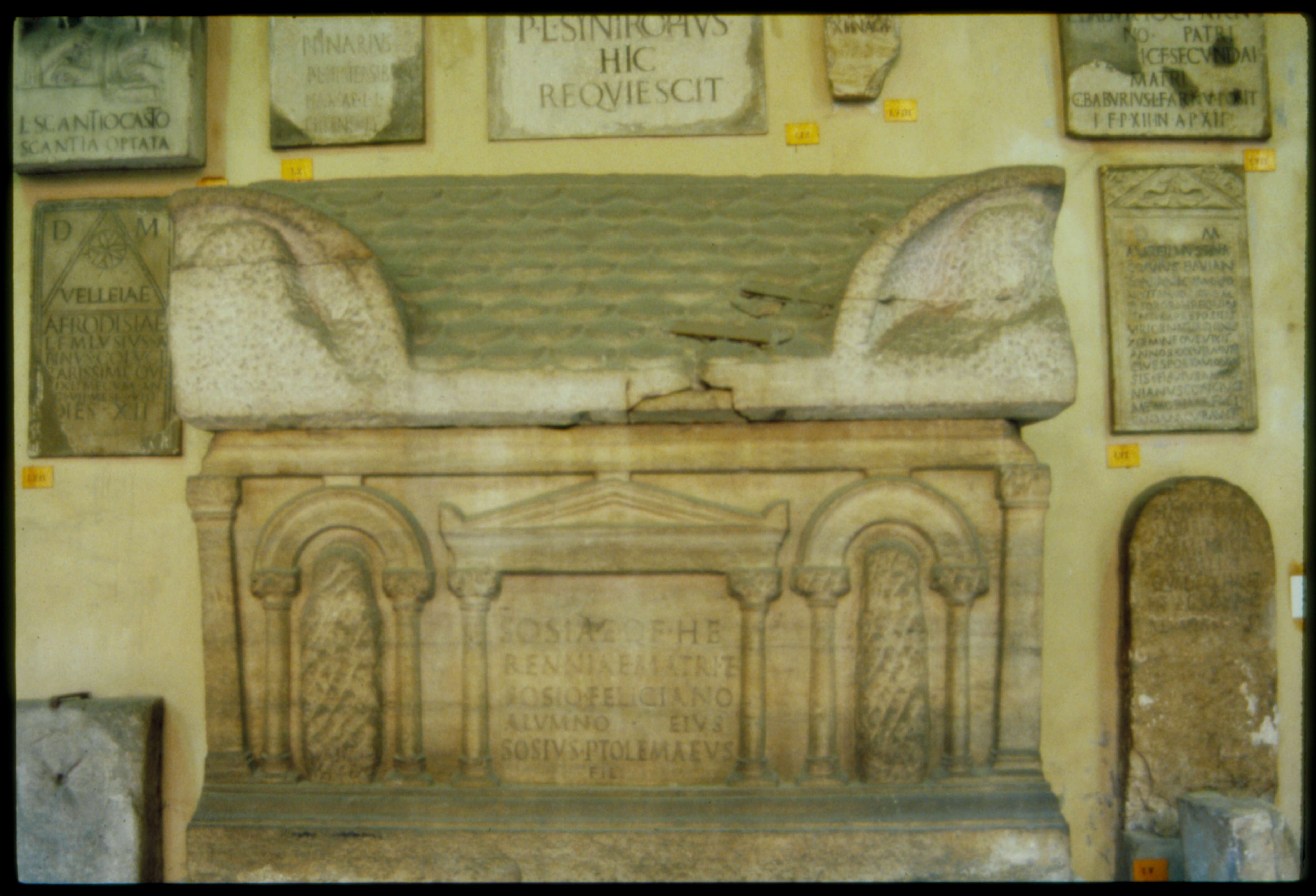 Part-finished sarcophagus with roughed-out figures in the Museo Civico, Modena.

Process
Roughing-out
Tool
Point
Method
Angle: Shallow (40-50°)
Force: Medium
Description
The figures on the chest have been roughed-out with the point chisel held at a low angle, as shown by the parallel lines on their surface.

Process
Roughing-out
Tool
Point
Method
Angle: Steep (60-70°)
Force: Medium
Description
The portrait in the top left acroterion of the lid has also been simply roughed-out but in a different way from the figures on the chest.

Process
Roughing-out
Tool
Point
Method
Angle: Steep (60-70°)
Force: Medium
Description
The portrait in the right acroterion of the lid, however, has been carved a stage further, with work on defining the rough form of the figure underway.

The fact that the architectural framework and inscription on this sarcophagus have been carved but all the figures left roughly worked would seem to indicate a division of labour between multiple carvers with different specialists. Alternatively, if one carver worked on the whole project then they were keen to split their work into defined forms: architecture, inscriptions, figures. On an object this large it is possible that a team of carvers worked on it together, perhaps as many as four.