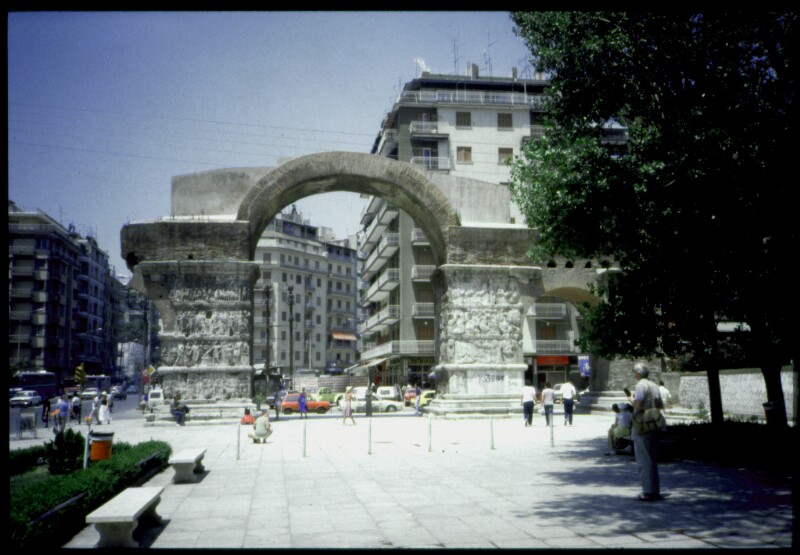 The Arch of Galerius is a marble high relief triumphal arch which is structurally linked as part of a prestigous 4th century imperial precinct composed of palace and a rotunda possible intended as a mausoleum. The octopyle gate between the northern end of the palace and the southern entrance of the rotunda. The arch was constructed in 298-299 AD, but wasn't dedicated until 303 AD, and celebrates the victory of the tetrarch Galerius over the Sassanid Persians and the capture of Ctesiphon. Only three pillars remain extant with substantial damage to the figures on the relief through either damnatio memoriae or iconoclasm. More