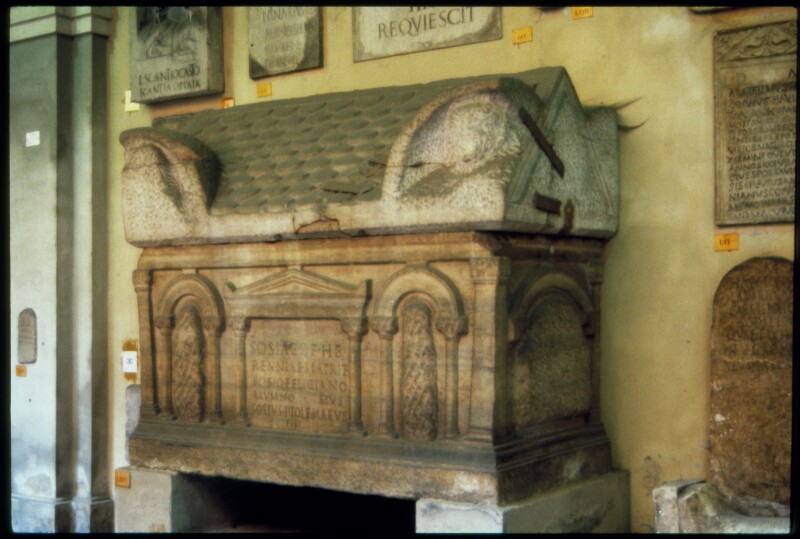 Modena was an important city in the Roman period and the local museum contains a number of richly-decorated funerary monuments attesting to the wealth of its inhabitants. Among these are a number of marble sarcophagi. More

These were probably carved locally in imported Prokonnesian marble and similar objects are known at Milan, Ferrara, Bologna, Ravenna and Aquileia, as well as other sites along the coast of the Adriatic. It was considerably easier for carvers in this region to import marble from the Aegean that from Carrara (ancient Luna) because of the difficulty of transporting heavy material across the Apennines.