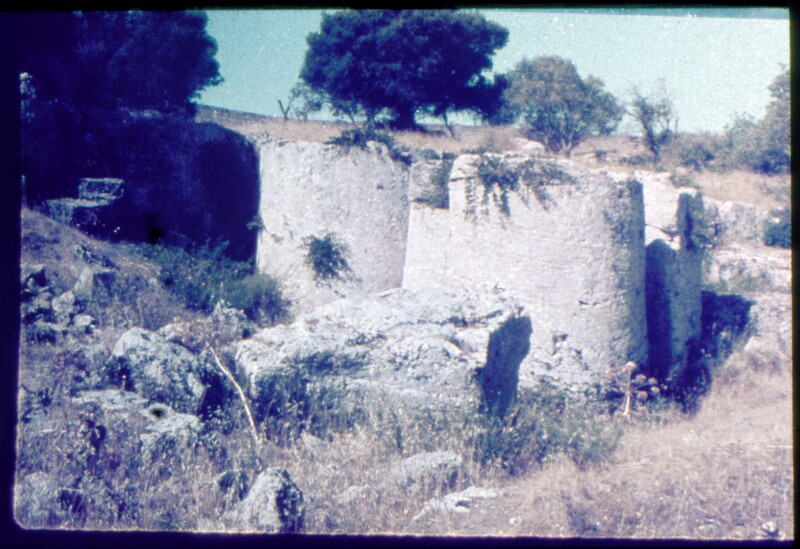 The quarries at Cava di Cusa just north of Selinunte were the principal source of limestone for the major temples built in the city in the Classical period. They are one of the few places where Classical-era quarrying techniques can be clearly observed, partly because they went out of use in the 2nd century BC when Selinunte was largely abandoned. Several large column drums, presumably destined for the temples of Selinunte, can still be seen in place in the quarries. These show that column drums were quarried upright and shaped while still attached to the bedrock. More