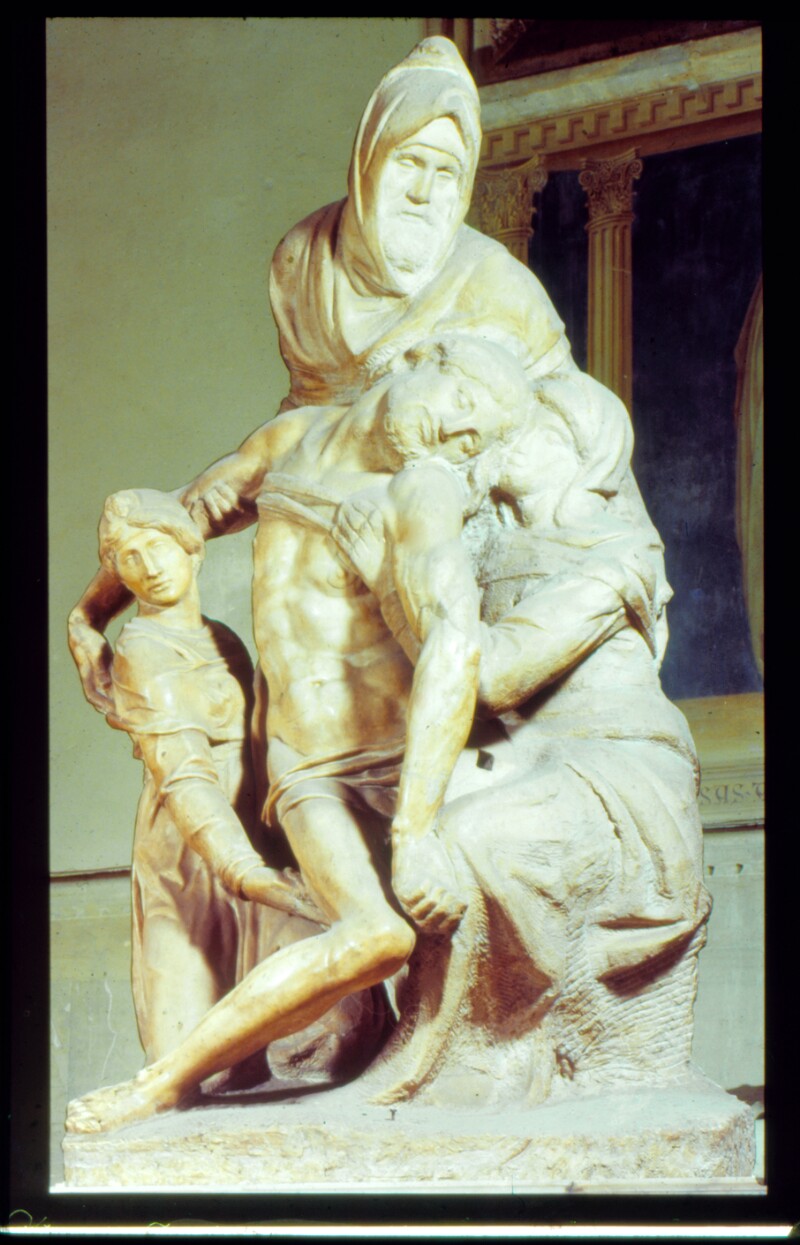 The Deposition (also called the Florence Pietà, the Bandini Pietà or The Lamentation over the Dead Christ) shows Jesus Christ, Mary Magdalene, the Virgin Mary, and Nicodemus. It was, according to Vasari, intended to decorate the tomb of the artist but Michelangelo abandoned and broke up the piece after an impurity was found in the stone. The piece was later sold-off and reworked by another sculptor. In contrast to this piece, the well-known Pieta in St. Peter's Basilica is one of the most highly finished works by the artist who also signed the piece.