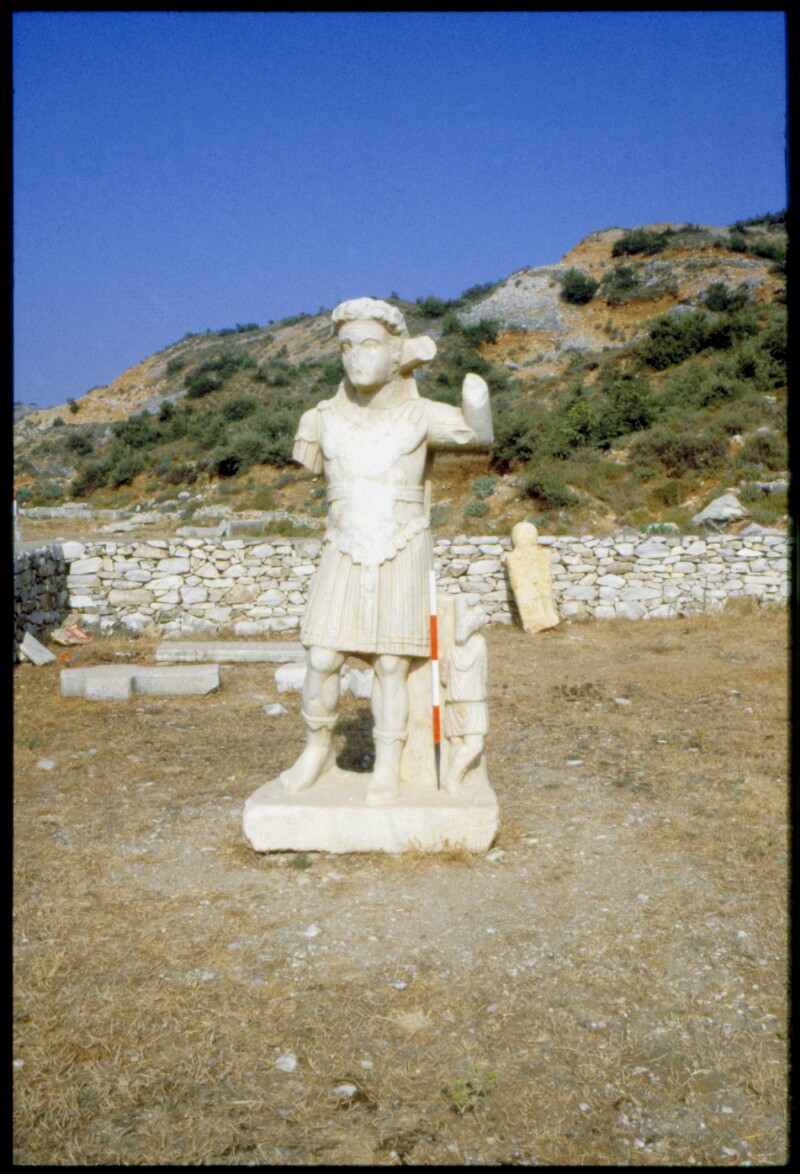 Relatively few roughed-out statues have been found in the Prokonnesian quarries compared to architectural elements or sarcophagi. More

A pair of near-finished imperial statues, however, probably datable to the 4th century AD are exceptional. These were worked on the island, close to the quarries, with their heads left for finishing either elsewhere or by a different sculptor. Finds from other quarries indicate that statues were rather carved this far before being shipped but that it did happen occasionally and possibly more frequently from the 4th century AD onwards.