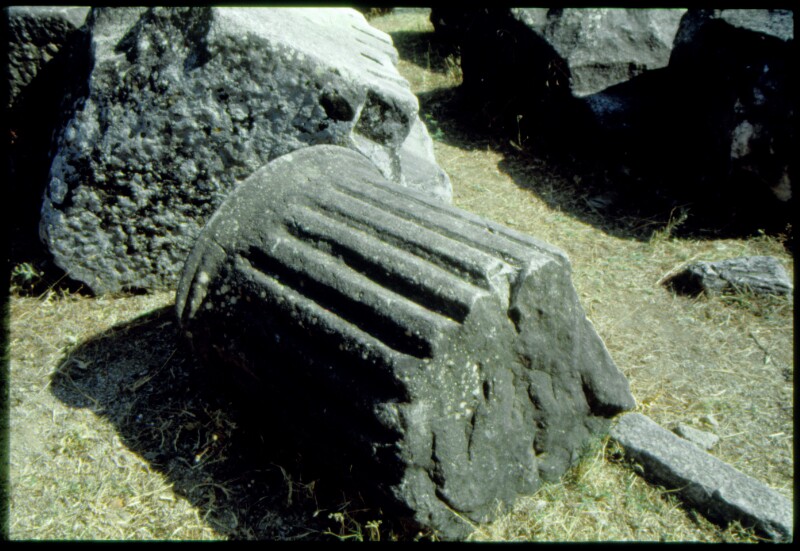 Euromos was a relatively small town near Mylasa in Caria. The only well-preserved remains are the second-century AD temple, probably dedicated to Zeus. The fluting of the remaining columns is only partly completed. On several columns it is roughed-out while on at least three the fluting has yet to be started. Most of the columns have dedicatory panels on them showing that they were given by different members of the local community. More