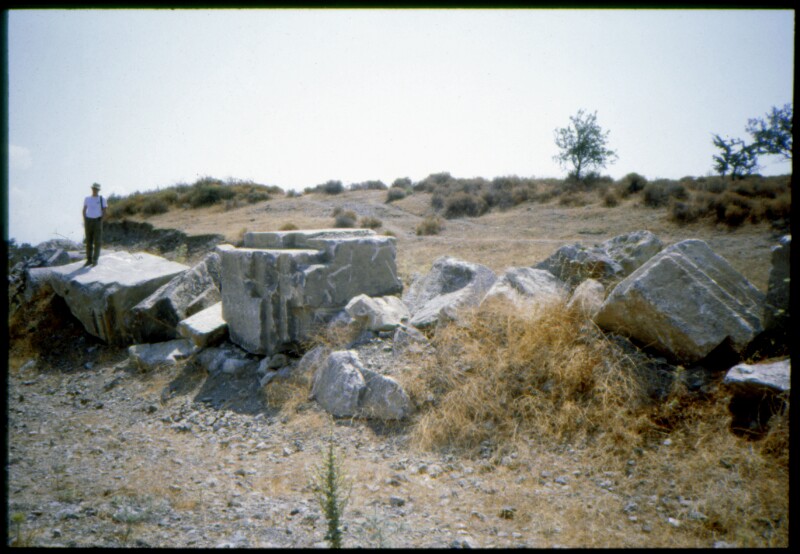 Teos (near modern Sığacık) was an important city in the Archaic and Classical period. In the Roman period it was the source of a distintive black-red-green recrystallised limestone, called marmor lucullum or africano. This material was widely distributed, especially to Rome, and its quarries were probably under imperial control. A grey marble also quarried at the site and at various locations around it was used locally. More