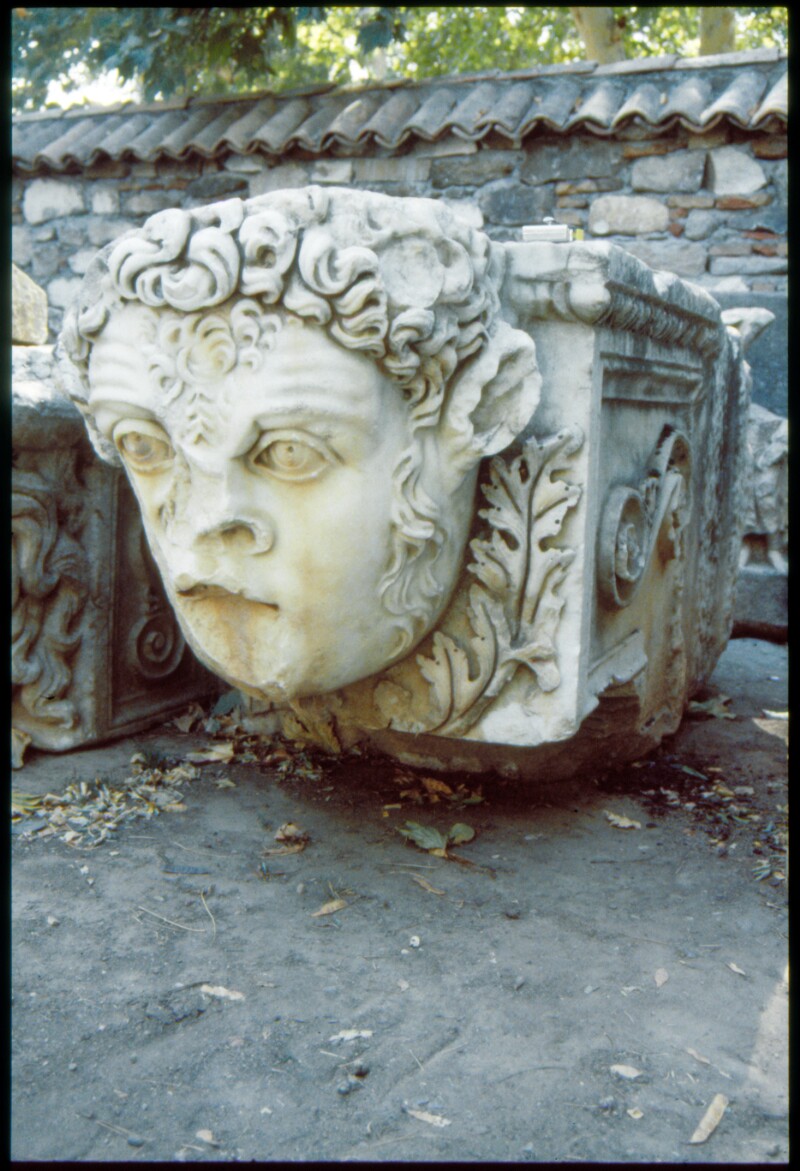 The Hadrianic Baths were the main monumental public baths of the city. Facing on to the South Agora they were built in the Hadrianic period by various members of the local elite and then continued to be altered and re-modelled right up into Late Antiquity. Numerous statues and relief sculpture have been recovered from the baths. More