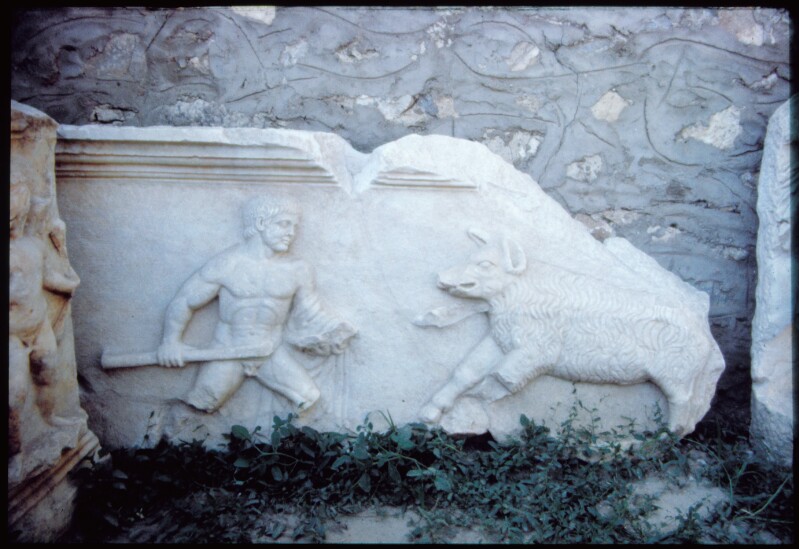 The Civil Basilica was one of the most important civic structures at Aphrodisias. Built in the Flavian period it is one of the largest known in Asia Minor. In Late Antiquity, the interior of the basilica was decorated with a series of new reliefs depicting foundations myths of Aphrodisias. More